Well summer is here and with it the busy season has arrived. Numerous outside paleontologists are working in Dinosaur National Monument and we have already made some remarkable discoveries. With all this activity, there’s not much time to write new posts for The Land Of The Dead, but I wouldn’t want to let Father’s Day pass without some recognition. So in honor of the holiday let’s look at one of the lesser elements of the skeleton of mammals.

This unusual skeletal feature is found in several groups of mammals --- Primates (primates), Rodentia (rodents), Insectivora (insectivores, including moles, shrews, and hedgehogs), Carnivora (including bears, cats, dogs, walruses, seals, sea lions, raccoons, otters, weasels, skunks) and the Chiroptera (bats). The item in question is an elongate bone found in the penis, known as a baculum (from the Latin for “staff or scepter”) or os penis (penis bone).  It evolved tens of millions of years ago in the last common ancestor shared by all these groups of mammals.

The baculum comes in a wide range of sizes and shapes, from the simple rod-like structure of a dog to the question mark shaped bone in the raccoon. The largest baculum occurs in the walrus (a length of 30 cm) and the shortest may be in the marmoset (only 2 mm). The shape is species specific and can be used to identify a species.


The bone sits in the abdomen and, when called upon, muscles slide it into a sheath within the penis for copulation.  But why, your inquisitive mind asks, have a baculum at all?  It seems that the presence of a baculum is associated with mating systems.  The baculum is built for speed.  It’s quicker to get an erection by sliding a bone into the penis that waiting for blood to encourage erectile tissue to enlarge and harden a penis.  So if you are a male that needs to copulate frequently and with little notice ahead of time, the os penis is a simple solution.  It’s this bone that allows a male lion to copulate up to 250 times over a 4 day period.

While a baculum is made of solid bone, it is not invulnerable.  To wit, Bone Clones, a company that produces scientifically accurate casts of bones and skeletons, sells a spectacular cast of a walrus baculum that was broken at mid-length and subsequently healed, although with a bit of an offset.

Bacula of the Past

Given that the baculum is a boney structure, it is not surprising that the os penis is sometimes fossilized. On occasion a baculum may even be seen in a mounted fossil skeleton in a museum exhibit. However, it is rarely identified or highlighted in the exhibit text.  I mean, what if the children should see it?


Bacula, both recent and fossil, have a commercial side. Living raccoon bacula are sometimes plated with gold or silver and sold as earrings or necklaces. The largest known fossil baculum (from a walrus and measuring some 1.2m or 4 ft in length) was found in Siberia and auctioned by I.M. Chait galleries in 2007.  It sold for $8,000 and went to a Ripleys Believe It Or Not Museum.

The Muscle Of Love

Although nearly all primates have a baculum, humans do not. The evolutionary reason for humans losing this bone are unclear. It is present even in the chimpanzee, our closest living relative.  However, truth be told, the great apes (orangutans, gorillas, chimps, and humans) show an evolutionary trend in the reduction of baculum size and humans, having lost the os penis, are just the final stage in that trend. Although the biological reason for the loss of a baculum in humans is not well understood, we should be thankful for the social blessings such a loss entails.

Throughout human history there has been an obsession about the differences between the races of Homo sapiens.  Every conceivable measure of people, from height to size of the brain cavity, have been examined and studied, often in an attempt to show why one race is inferior to another. If humans had a baculum it would surely have been studied, measured, weighed, x-rayed, etc. and, regardless of what such data might show, some race would have been deemed inferior and another superior. Such claims have been repeatedly made on spurious data about penis size.  Just imagine what perverse interpretations would be made using the hard data of a baculum.

Male mammals lacking a baculum achieve an erect penis by means of  erectile tissue. Blood flows into the chambers in erectile tissue, causing it to engorge and swell, and valves in the blood vessels close to keep the penis hard. After orgasm those valves open, blood flows out, and the penis returns to its normal “looks like a turtle head and neck” appearance. This is why problems with low blood pressure  can cause erectile dysfunction – not enough blood can enter the penis to achieve an erection.

Notice that the human “muscle of love” is thus not a muscle at all.  It is erectile tissue.  Maybe this seems like a small point, but little can be done to increase the amount of erectile tissue you have, that’s a result of your genetic make-up.  Good thing too, I suppose, because given how men build up the size of muscles, such as the biceps and triceps of the arm, through steroid use, exercise, and weight lifting, one shudders to think what they would do if there was an exercise that could increase penis size and girth to equally massive proportions? CAN YOU IMAGINE THAT?  I wonder what such a Nautilus weight machine would look like? 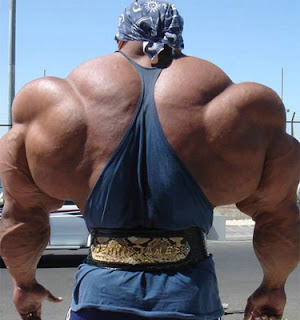 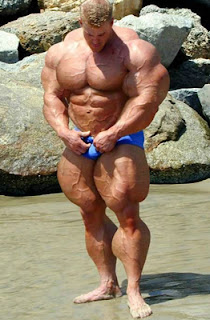 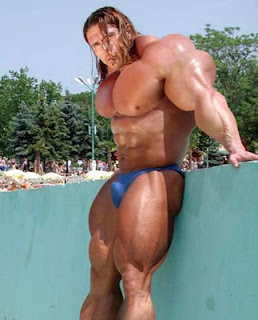 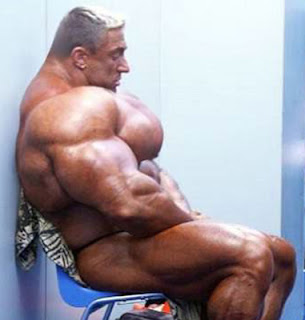