The deep ocean floor (greater  9800 ft deep) is an inhospitable place of cold (36F), great pressure (4400 pounds/in2), and permanent, absolute, unrelenting darkness. The earth’s surface, including the sea floor, is composed of a series of large, mobile plates. It wasn’t until 1977 that marine geologists discovered hydrothermal vents, sites where plates are moving apart on the ocean floor and water heated by magma, surges out of the crust at temperatures as high as 870oF and as acidic as vinegar. The heated water comes spewing out as black or white smokers.

In contrast to most of the deep sea floor, vent systems have diverse and abundant life.  This diversity of vent life is even more amazing because it occurs in darkness. Most ecosystems depend on sunlight, converted to biomass through photosynthesis, as the source of energy that drives the system.  But light only penetrates a few hundred feet in the ocean.  So without light, and therefore without photosynthesis, how do the vent communities survive, much less prosper?

My  molecular biologist / bio-chemist son has drummed into me that almost everything starts with and ultimately depends on microbes.  The hydrothermal vents are no exceptions.  The super heated water is rich in sulphur and other dissolved minerals. Archaean bacteria specialize in metabolizing those minerals and converting them to energy, a chemical analog of phontosynthesis known as chemoauthotrophy That abundance of those microcorganisms forms the basis for the food web and animal communities that live in the vent ecosystems.

How rich is life at the vent systems?  In spite of the difficulty of visiting these sites and the problem of trying to sample life forms at such great depths, a new species of vent life has been named in the scientific literature every two weeks since the first paper in 1979.

However, the volcanic activity on the sea floor is not consistent long term and can turn off in some areas and appear in others further away.  So the animals living at the vents must be able to get around, maybe great distances.  Many vent organism are sessile and cannot move and many others cannot mover great distances.  Besides, leaving the area of the vent means traveling from a warm area into the frigid cold.  For many animals it’s the larvae, rather than adults, that are carried far away by currents and hopefully land in a favorable spot of the deep sea floor.

During a deep sea dive in 1987, researchers accidentally came across the skeleton of a blue or fin whale in the Santa Catalina Deep.  This was the first whale carcass to be observed on the deep sea floor. What was remarkable was the large number of organism living on the carcass, many of which were not seen elsewhere on that sea floor, although a number of them were known from vent communities elsewhere.  Mats of  chemoautotrohphic bacteria covered the seafloor and bones and other species present host such bacteria internally and live off the energy released by the bacteria. What had been discovered was a chemoautotrophic community like those of the vent communities, living on a dead whale.

Although there were no hydrothermal vents at the whale site, the bacteria were performing their miracle by metabolizing the fats in the whale bones!  Since that time other natural deep sea whale fall occurrences have been found, but those discoveries are dependent upon luck.  To better understand decomposition of whales and their utilization a number of whale carcasses have been sunk to the sea floor and their exact location recorded so they can become subjects for long term studies.  This is now a rich field of study and has revealed much about the ecology of the deep sea floor.

Some food falls to the deep sea floor from higher in the water column, but at a very slow rate, and has been names “marine snow”. Much of it is small to microscopic. A 40 ton whale carcass sinking to that sea floor provides the equivalent of 200 years worth of food from marine snow.  And whale arrives as single, all be it very large, package --- and the largest cetacean, the blue whale, reaches a greater weight of 200 tons!  Although several stages of decomposition  of the carcass can be identified, the longest lived stage is that of the vent community organisms  that colonize and consume the bone lipids. This community includes certain bacteria, as well as specific groups of crabs and other crustaceans, clams, snails, worms, and others. Some species occur in the tens of thousands of individuals.  Given that the bones of large whales can be 60% lipid by weight and the cold temperature in deep water, large whale skeletons may last more than 50 years on the sea floor.

These whale skeletons thus serve as a way station of sorts, where deep sea communities can grow  and ultimately send their larvae on to colonize other shale carcasses or real hydrothermal vents on the sea floor.  Some estimates place whale carcasses, at least along whale migration routes, as close together as 6 miles. So the death of these air breathing giants provide crucial food and colonization sites for some of the most specialized deep sea organism in the ocean.

Whenever I read about an interesting biological phenomenon, like our tale of the whale, I often wonder how far back in time the phenomenon originated.  Fortunately, the fossil record can often provide some insight and constraints.

The earliest whales evolve from terrestrial ungulate mammals by the Eocene, some 40 million years ago.  These are predatory, primitive whales achieve lengths of 50 feet or more.  However, the bone structure of these whales shows that they had not yet evolved the high oil content in their bones.  So it is not too surprising that no vent community type fossils are known from those fossil skeletons.  It is not until the Miocene, about 11-15 million years ago, that whale fossils with associated invertebrate fossil characteristics of vent communities first appear, when the bone oil content  reaches critical mass.

I can’t manage to drag dinosaurs into this post.  Although dinosaurs were the dominant large land dwelling vertebrates of the Mesozoic, and took their phenomenal success to the air when small maniraptoran theropods evolved into birds, they never evolved into aquatic or marine forms.  That’s not to say that dinosaurs aren’t found in marine rocks.  Hadrosaurs, ankylosaurs, and therzinosauroids have all been recovered from marine environments and some even laid on the sea floor long enough to have oysters begin to grow on their bones.  However, all these occurrences are of terrestrial dinosaurs whose carcasses floated out to sea, either from the shoreline or carried out by a river.  While they came to rest on the sea floor, they did not live in the ocean.  Having normal bones with low fat content, it is no surprise that vent community organisms have never been found on one of those skeletons.

Although dinosaurs never invaded the fresh and salt water realms, other groups of Mesozoic reptiles did, and some achieved large size. Ichthyosaurs, reptiles resembling  dolphins and porpoises,  grew quite large (up to 70 feet in length) and some were deep diving predators.  Mosasaurs are ocean-going predatory marine lizards, related to the Komodo dragon, the largest of which achieved a length of 57 feet (17.5m).  The plesiosaurs are the final large group of predatory Mesozoic marine reptiles and reached 20 m (? Ft) in length.  Certainly the largest members of each of these groups would be a tremendous food packet when a carcasses fell to the sea floor, just like a whale, and several paleontologists have speculated on the ecological effects of such events.

In 2008 a paper appeared providing the first documentation of a Mesozoic marine reptile with fossil remains of a chemoautotrophic community preserved in intimate association with a skeleton --- in fact two such skeletons of plesiosaurs.  Although one cannot directly measure the oil content of these ancient bones, the abundance of iron sulfide inside the plesiosaur bones is evidence of bacterial sulfate reduction of bone lipids. Numerous snails and clams among the bones of the skeletons belong to groups that occur at modern day and fossil hydrothermal vents.


Many of the snails and other fossils associated with these plesiosaur skeletons are small and the authors make the point that future Mesozoic marine reptile skeletons need to be carefully prepared with an eye to documenting and preserving any associated invertebrate fossil.  There is the possibility that in the past vent fossils associated with plesiosaur, ichthyosaur, and mosasaur skeletons may have been overlooked or prepared away in the effort to extract the fossil bones from matrix.  I suspect that future work will reveal more vent/reptile fossil associations and show that at least some of those ocean going giant reptiles were the whale falls of the Mesozoic.

A number of weeks ago I watched Into The Deep, an episode of the PBS series American   Experience, about the history of sperm whale hunting out of Nantucket Island and the sinking of the whaling ship Essex in 1820 after being “stove by a whale” in the middle of the Pacific Ocean. I knew very little about that part of American History, so it was eye opening. Following that I listened to Philbrick’s In The Heart Of The Sea, a magnificent book about the Essex disaster, and one I highly recommend as a most remarkable, and long forgotten, story of extreme survival at sea.  That led to Dolin’s Leviathan, a history of North American whaling from 17th through 19th centuries.   Leviathan begat my current reading project, Whitehead’s  Sperm Whales: Social Evolution in the Ocean, a remarkable overview of the biology of a most remarkable animal.

Somewhere in all of this I got the idea for a post about whale falls past and present which led me to the work of marine biologists Smith, Baco, Kiel, Higgs, and others. Researching  the paleontological record of whale falls, ancient marine reptiles, and associated fossil vent communities led to the work of Hogler, Kiam, Martill, and others. Those who know me will recognize the behavior exhibited here. “Dan’s got a new favorite” is how it was once described.

When I finish Whitehead’s book it will be time to move on to some other topic. However, the circuitous path for the whale fall post is a manifestation of what the Nobel Prize winning theoretical physicist Richard Feynman described as “the joy of finding things out.”  Coming across a small fact can lead you to learn about a fascinating area about which you knew little about ---- if you are willing to follow your nose.  Nose following is probably preferable to chasing one’s tail, although I will need to check with Nut and Buster, my two resident experts on such matters, to get a professional opinion. 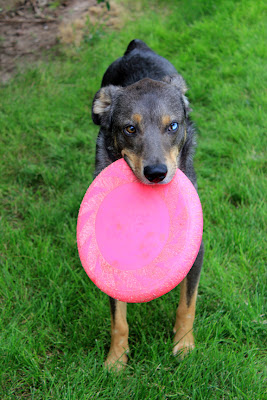 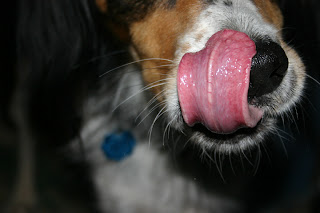 And no, I haven’t read Moby Dick!!

Plesiosaur skeleton and vent fossils: From Kaim et al. 2008 (below)

Higgs, N.D., Little, C.T.S., and Grover, A.G. 2011.  Bones as biofuels: a review of whale bone composition and implications for deep-sea biology and palaeoanthropology.  Proceedings of the Royal Society B 278: 9-17.