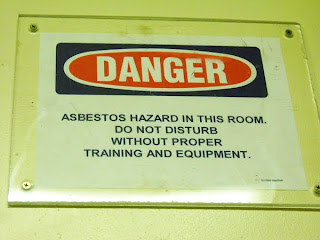 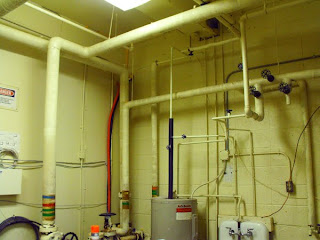 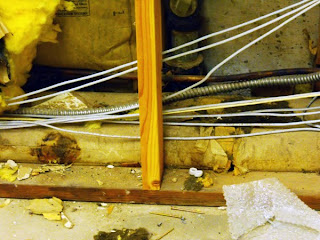 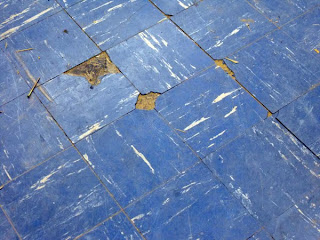 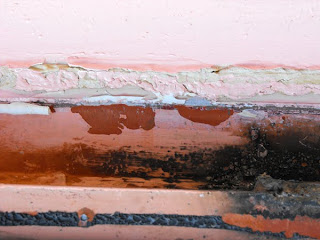 The QVC is full of obvious hazards, from hanging walls of glass to bent vertical steel beams and collapsing ceilings. However, other more subtle dangers exist throughout the building.

Remember, the QVC was built during 1957-1958. Those were times of less knowledge about environmental and health issues relative to building materials. What was standard fare at that time is now known to be a threat that needs to be mitigated or eliminated. Here are two prime examples.

Asbestos was widely used for insulation around heating pipes, as well as in drywall mud, floor tiles, etc. It was even used as a filled in adhesives used on some of the bones on the quarry face. The administrative wing of the Quarry Visitor Center has considerable asbestos in it, especially around piping in the furnace room and the heating system that runs throughout the building. Those areas will need to be sealed off, kept under negative pressure, the workers removing the asbestos will work in “moon suits”, and wash off in a shower room before getting out of the suits.

The QVC has been through a number of repaintings and almost every part of the structure bears multiple coats of paint dating back to 1958. Paint in the 1950s was predominately lead based, so demolition, recycling, and reuse of materials requires the safe removal and disposal of the paint.

As the QVC project proceeds, abatement teams will be working throughout the building grappling with asbestos and lead paint problems. Those threats will need to be eliminated before demolition or construction can even begin.
Posted by Land of the Dead at 10:54 AM